The Original Toilet Paper Patent – The Argument is Over! 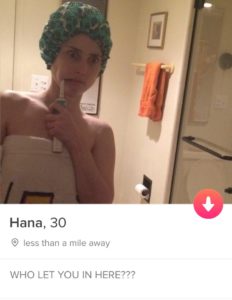 It seems the great under or over debate has resurfaced recently with a Tinder Profile recently, causing another stir on social media. So I thought it was time we threw our opinion into the mix. The “over versus under” toilet paper argument has been waged in bathrooms around the world ever since the toilet roll holder was first invented by Seth Wheeler with his toilet paper patent published in 1891. The subject even has its own section on Wikipedia containing arguments for “over” (which consists of reducing the risk of transferring germs, easier to find the end, and undeniably looks better) versus “under” (tidier appearance (debatable), and is harder for a pet to unravel the roll).

Despite having a clear opinion on the subject, I feel it is best to look at how the investor of the product intended for it to be used. Wheeler’s toilet paper patent orientated the roll in the over position. It has been suggested that perhaps this was just to show the perforated edge of the paper. Perhaps it was just a coin flip. What ever the case – I believe he got it right! 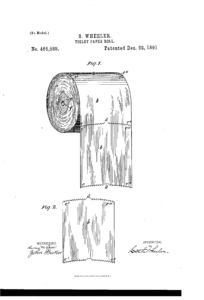 As if the toilet paper patent wasn’t enough, according to a recent study by Colorado University titled, “Microbial Biogeography of Public Restroom Surfaces” they show that well; bathrooms are filthy! So my thinking is that by hanging the roll over, your hand is touching the paper that will go into the toilet paper. If hung under, you run the risk of brushing your hand against the rest of the roll; potentially spreading nasty bacteria to the next person. This is why in most office buildings they are almost always hung over. Go on – Go check, 🙂

So there’s our argument for over, what do you think, Under or Over?

Check out the original patent here over at google patents.

One reply on “The Original Toilet Paper Patent – The Argument is Over!“